With the election of Donald Trump as the next President of the United States, and the Republican Party in control of the House of Representatives and Senate, it is almost a sure thing that significant tax reform will be passed in 2017.  If you are wondering how this may affect you and your tax situation, please read further.

What is Going to Happen?

This is the million-dollar question because no one knows.  What is known is both the Republicans in the House and President-elect Trump have put out tax reform proposals. It is highly likely neither proposal will be passed as-is, but the similarities between the two plans give insight into what changes are most likely to occur.

A big question is when the reform will be effective.  It could be effective as of January 1, 2017, even though it won’t be passed until a later date.  It could go partially into effect when the bill is put forward. It could go into effect at the beginning of 2018.  Without knowing when the tax changes will actually start, the assumption is the reforms are implemented as of January 1, 2017.

While the two plans are comprised of a significant number of proposals, the discussion today is going to center on only two areas that are in strong agreement: tax brackets and deductions & personal exemptions.

Below is a brief description of these two potential changes followed by how this may affect some taxpayers as it is currently proposed.

Both plans call for reducing the current seven tax brackets to three brackets, plus removing certain additional taxes and phase-outs. The three proposed tax brackets are 12%, 25%, and 33%.  The new brackets closely, though not exactly, correspond with the tax brackets as shown below.

Donald Trump’s proposal will also completely eliminate the so-called marriage penalty, which could cause single taxpayers earning six-figure incomes to pay more, unless their income is very high.

Though both plans leave itemized deductions in place, they treat them differently and have a higher barrier before they become useful.

What Do The Potential Tax Changes Mean For Me?

The proposed changes will affect taxpayers differently based on numerous factors. As the proposals are written, here is what it will mean for most taxpayers

In summary, as it is proposed, the simplification and lowering of the tax brackets is helpful to taxpayers.  What could really hurt some middle-class taxpayers is the changes to the personal exemption and standard deduction. With only three weeks left in 2016, it is an excellent time to review your tax situation and see if you need to make any moves before the end-of-the-year.

Don’t forget, there are numerous more provisions of the proposals we aren’t discussing.  The two things discussed here are far from certain, as is when any tax reform will go into effect.  The reason the tax brackets and deductions were singled out is they are very similar in both proposals and thus have a better chance of being implemented with minimal or moderate changes.

If you have any questions, please don’t hesitate to contact us. 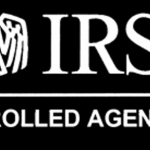 What is an Enrolled Agent?Taxes 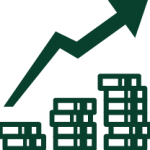 Open a Roth IRA as Soon as You Can!Roth IRA, Taxes